This lotus was unfortunately party to a front on collision. We're repairing it piece by piece.

This beautiful 1955 Lotus Eleven Series 1 fell victim to a incident that completely crumpled its nose. We have been engaged by the owner to restore this car to its former glory using traditional methods.

If you have a look at the first image in this gallery, you'll see the state of this poor Lotus as it was delivered to us.

After our initial shock subsided, we then began removing the skin from the car's frame. Adam then began transforming the battered metal back into its original form. The shape of this Lotus Eleven is a unique design that deserves the upmost attention to detail.

Adam then slowly measured and cross checked each line and curve so that a new skin can be created from these dimensions. In the meantime, I began removing the suspension to get a better idea of what needed to be done to get this Lotus back on the road.

Adam then began to shape the first half of the Lotus Eleven nose cone. Starting off as a flat sheet of aluminium and using the original headlight opening as a guide, the 2-dimensional sheet slowly became a 3-dimensional part. The first pieces were then taken over to the English Wheel and smoothed out. Adam continued to meticulously handcraft each piece for the front right nose cone.

Once each of the 18 panels had been shaped, Adam began joining the aluminium body parts together. 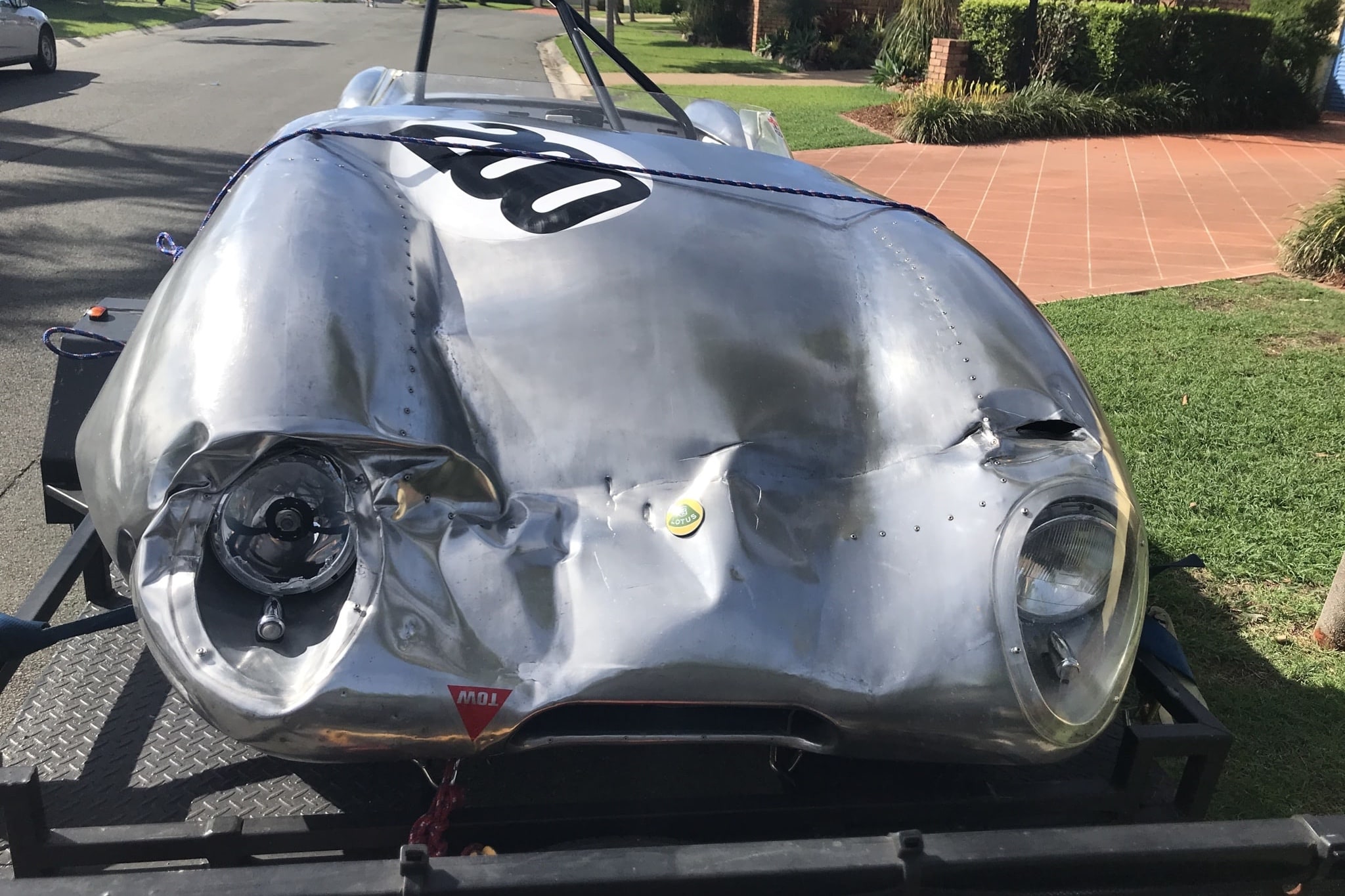 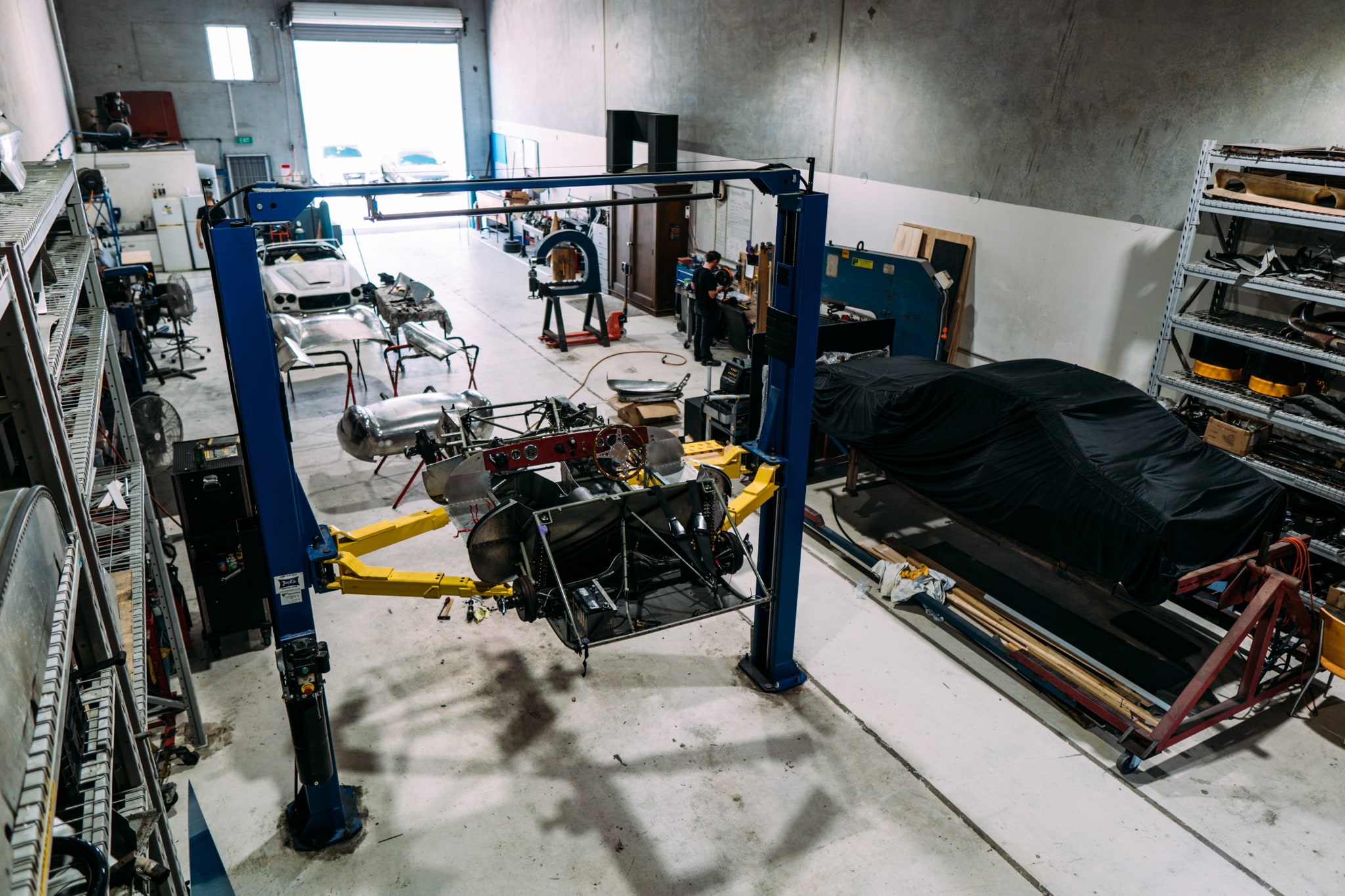 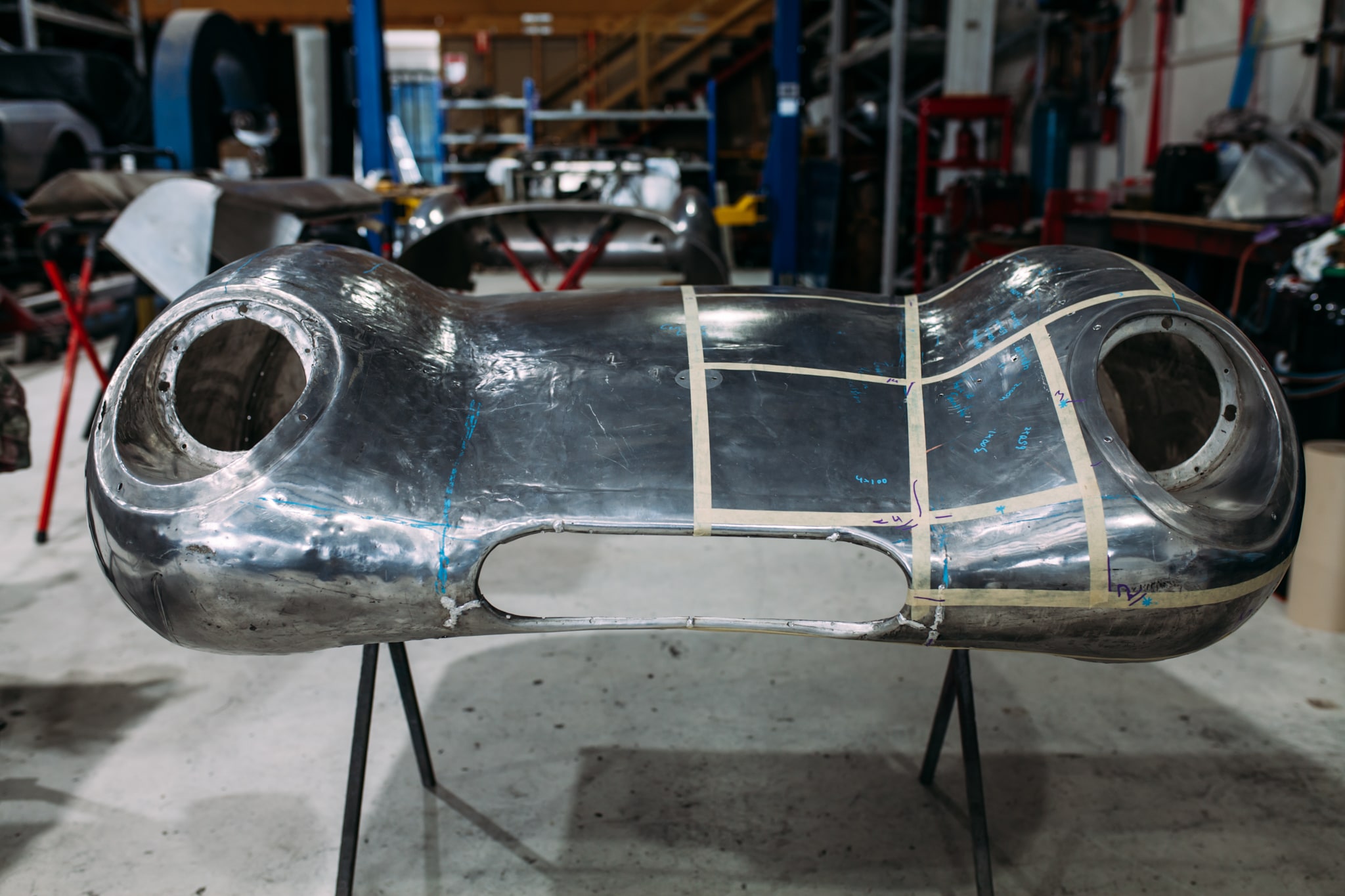 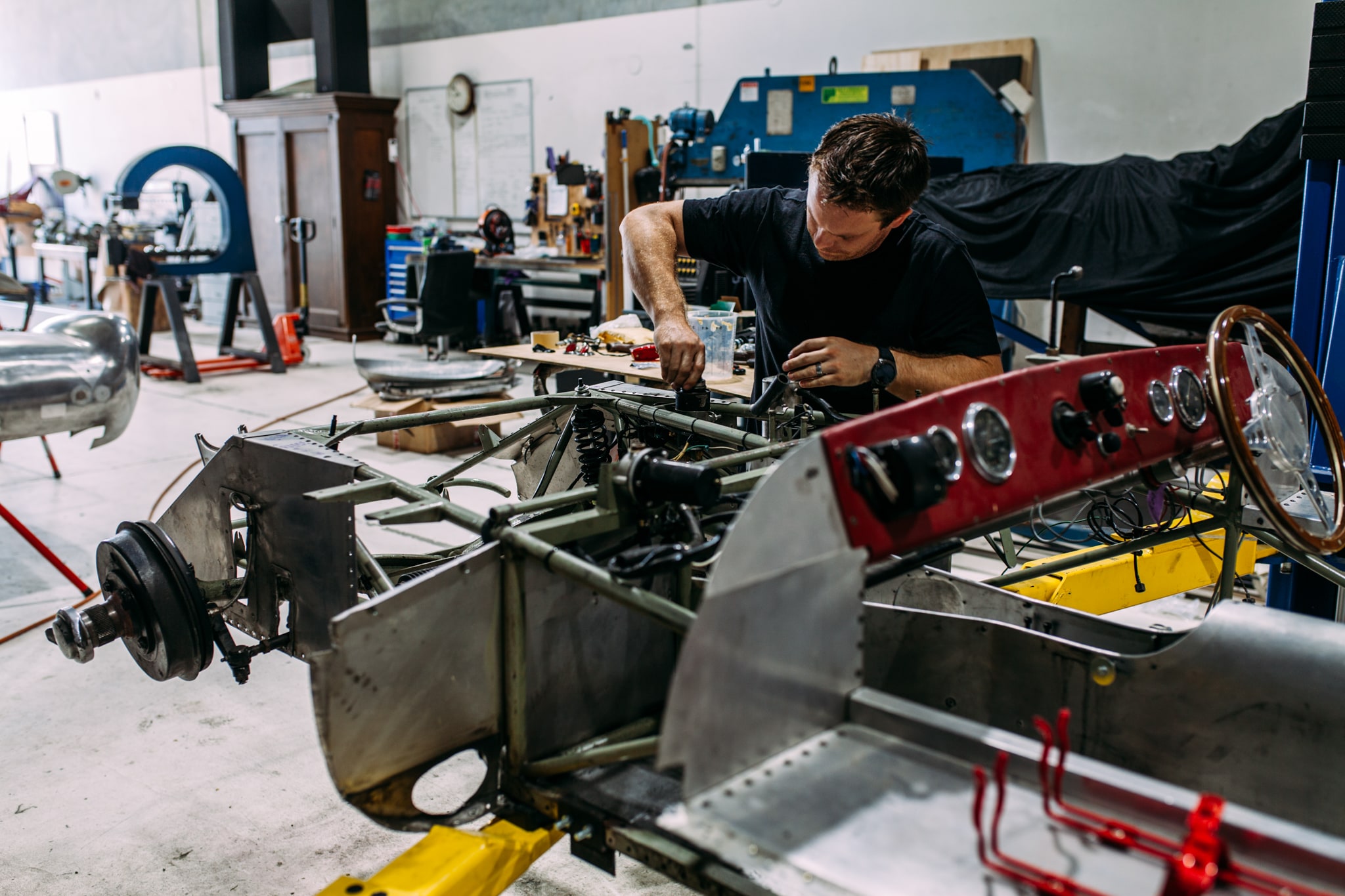 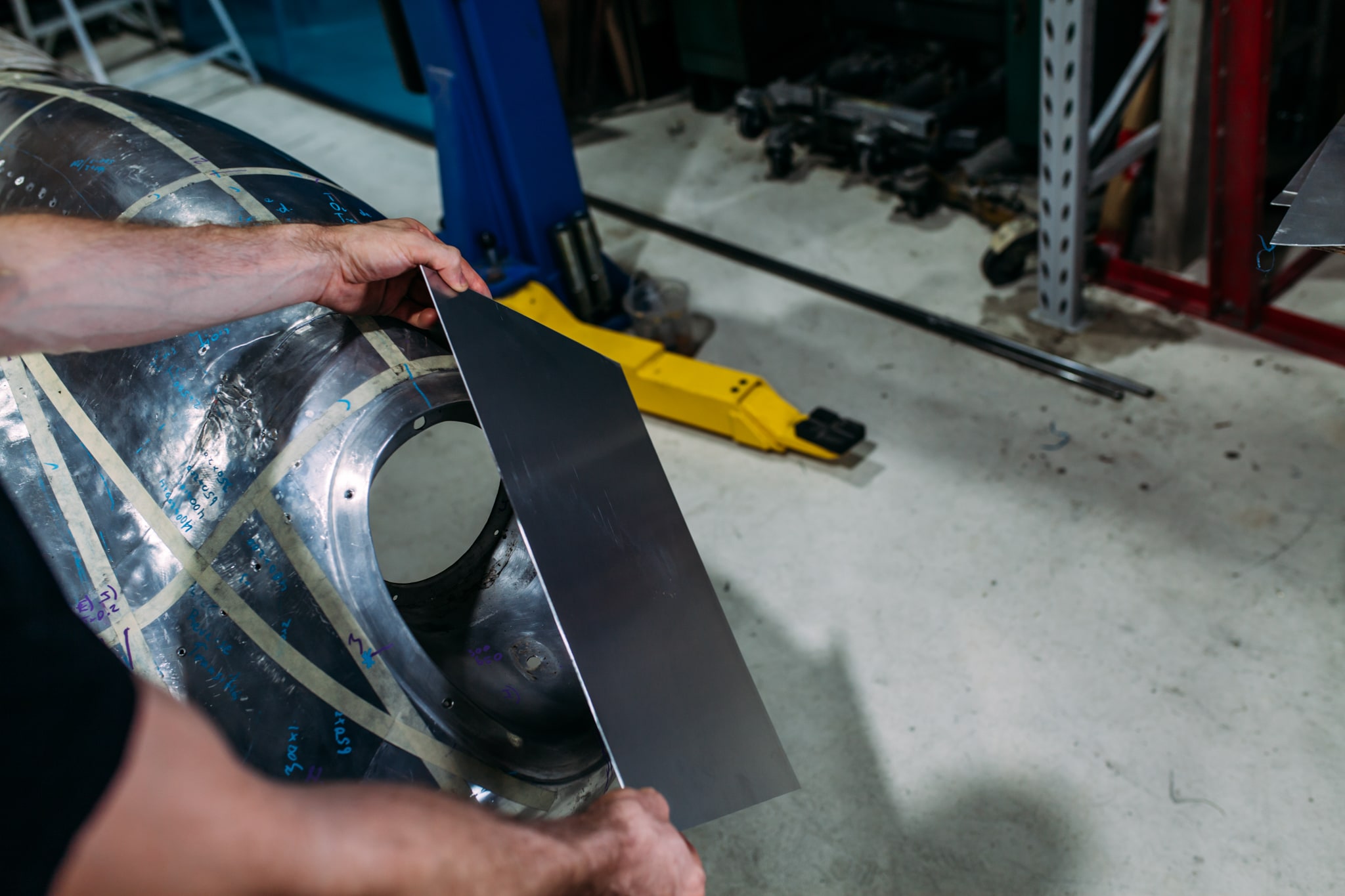 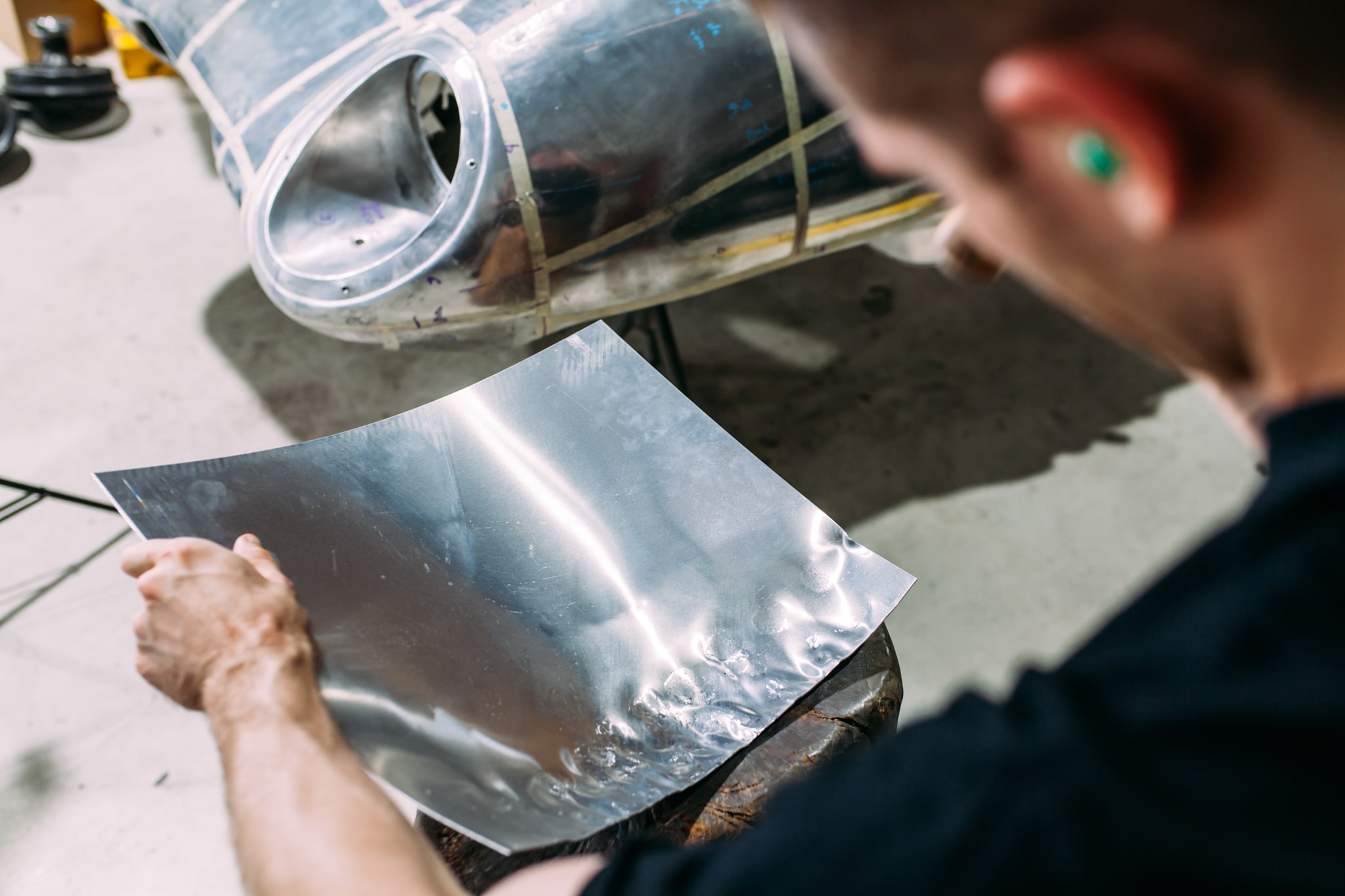 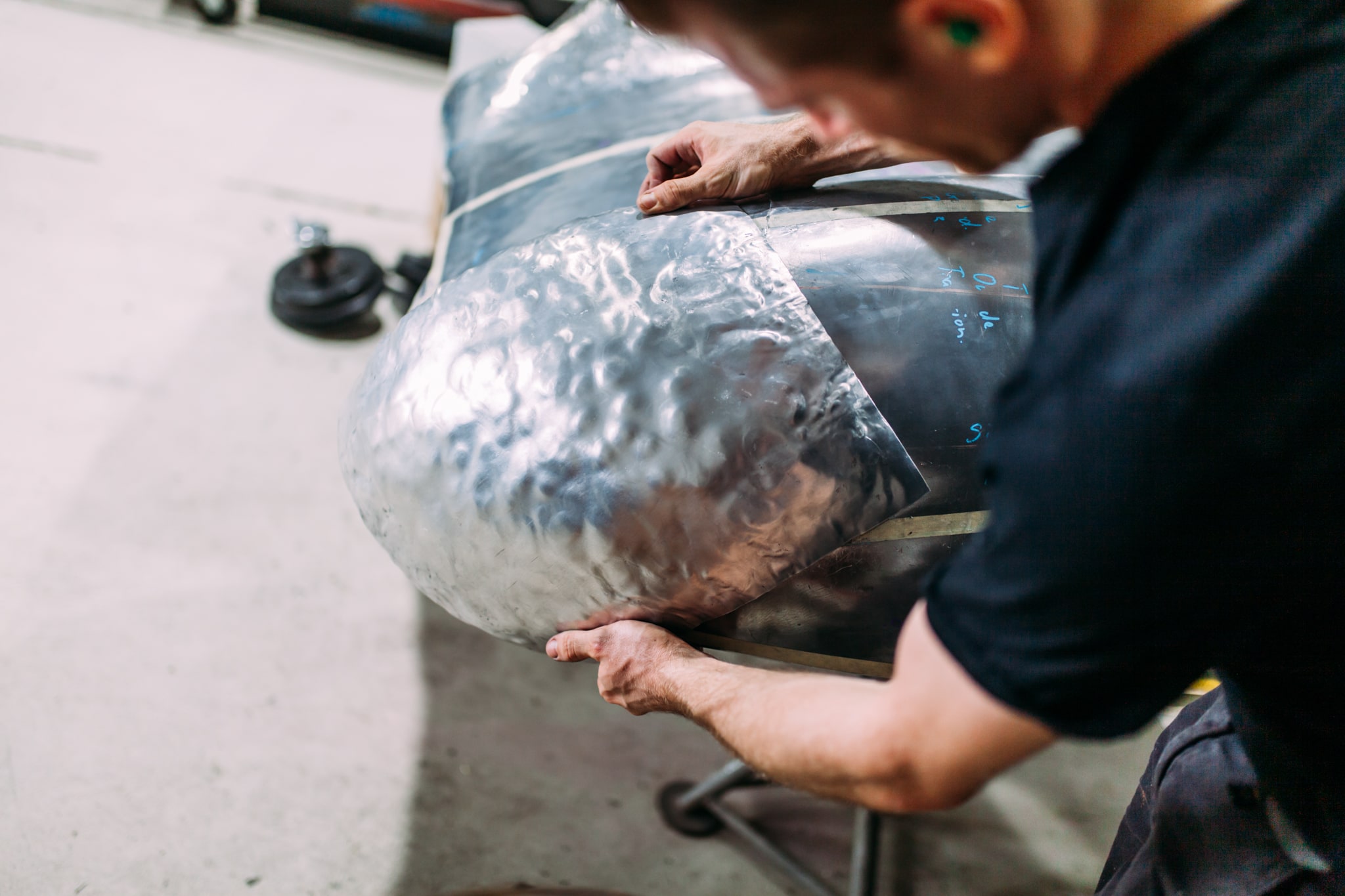 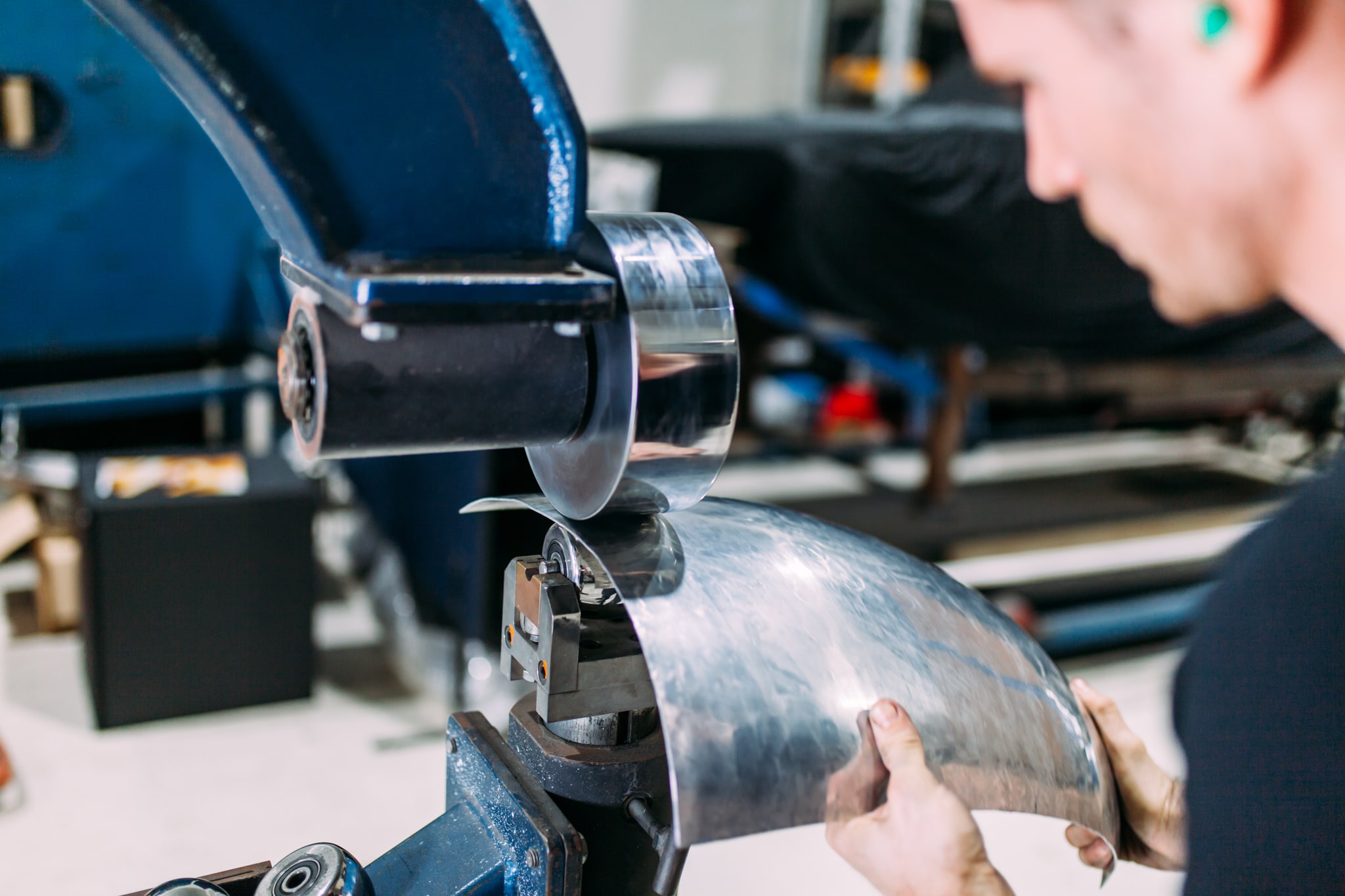 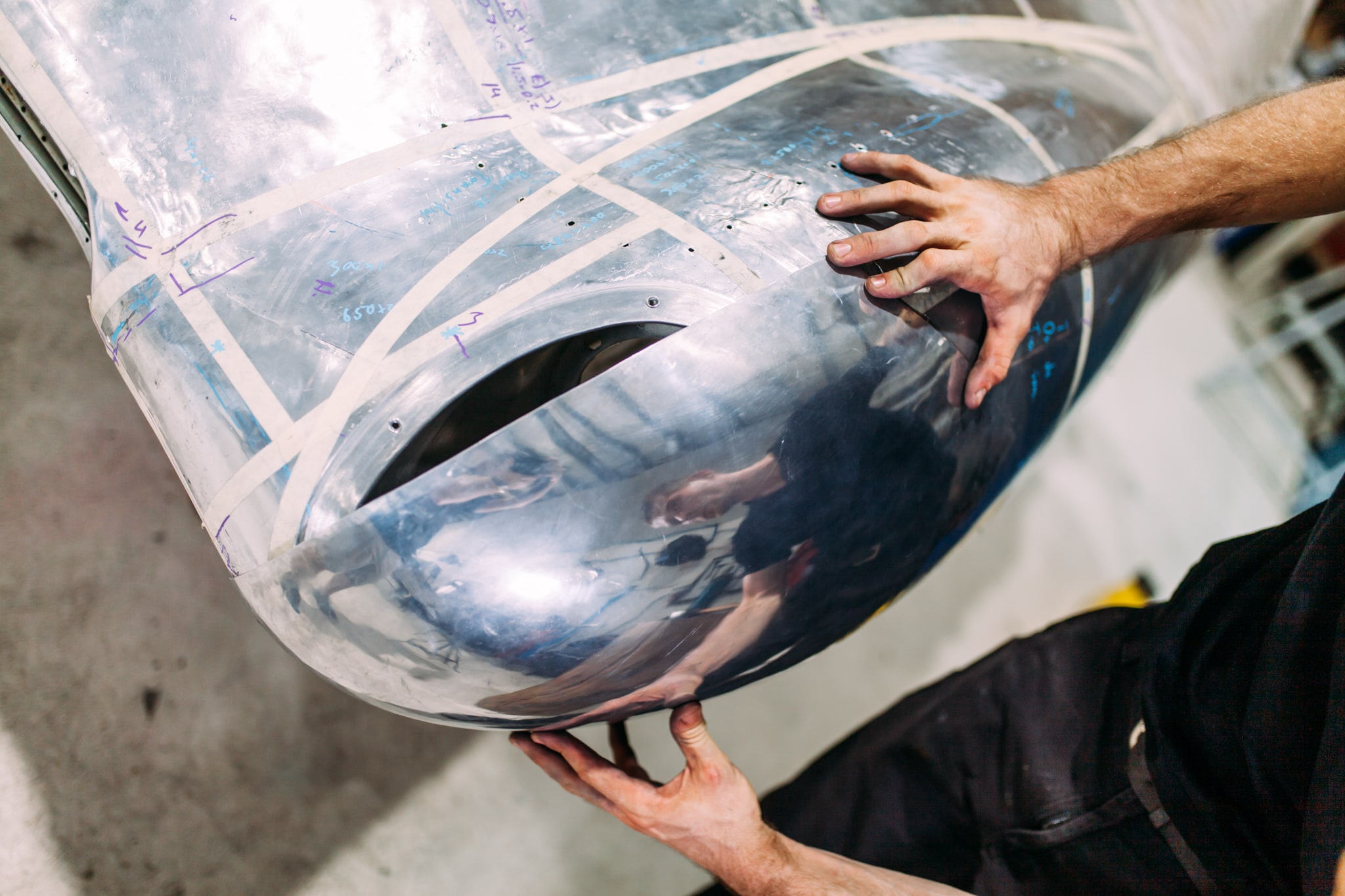 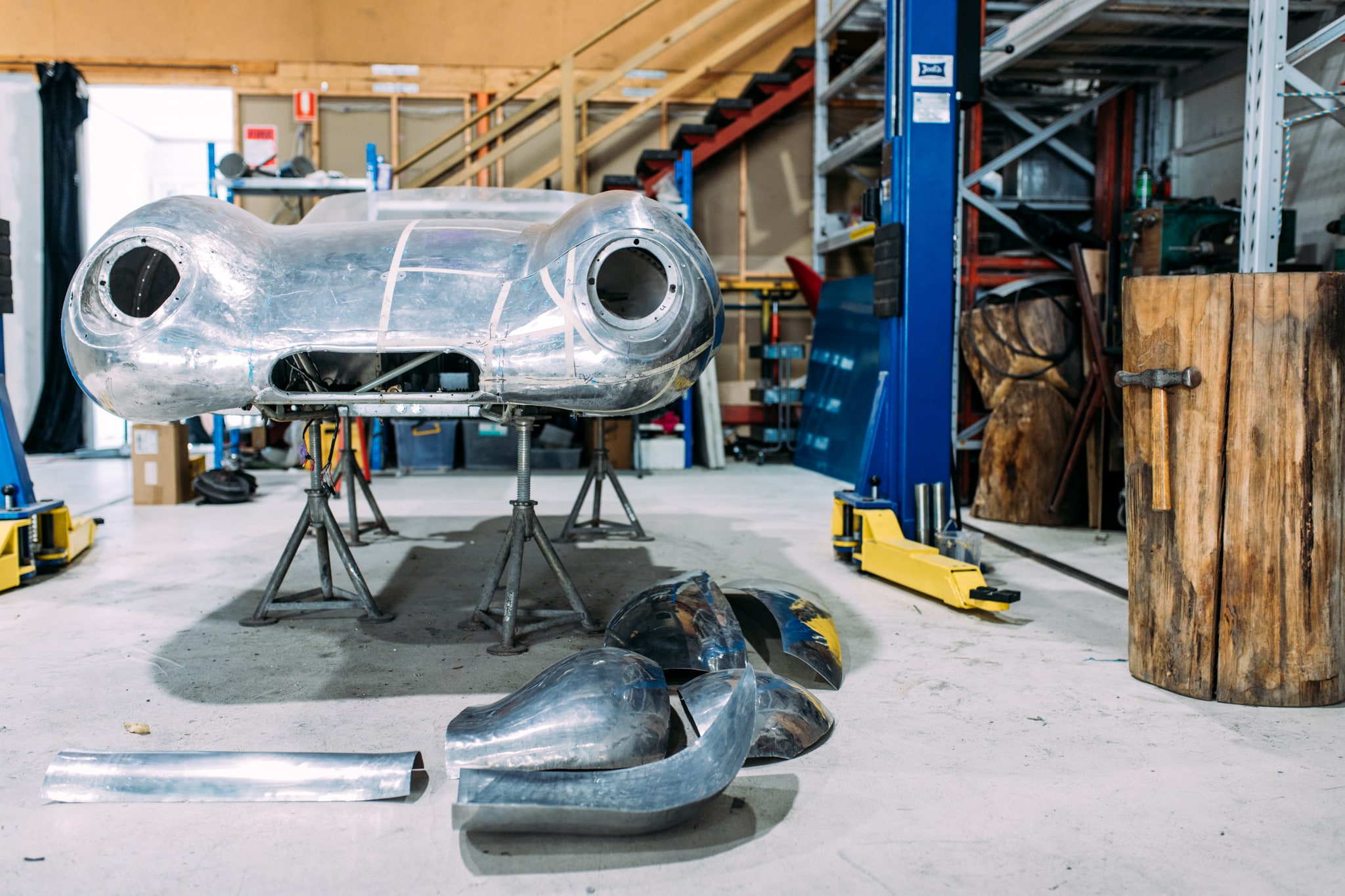 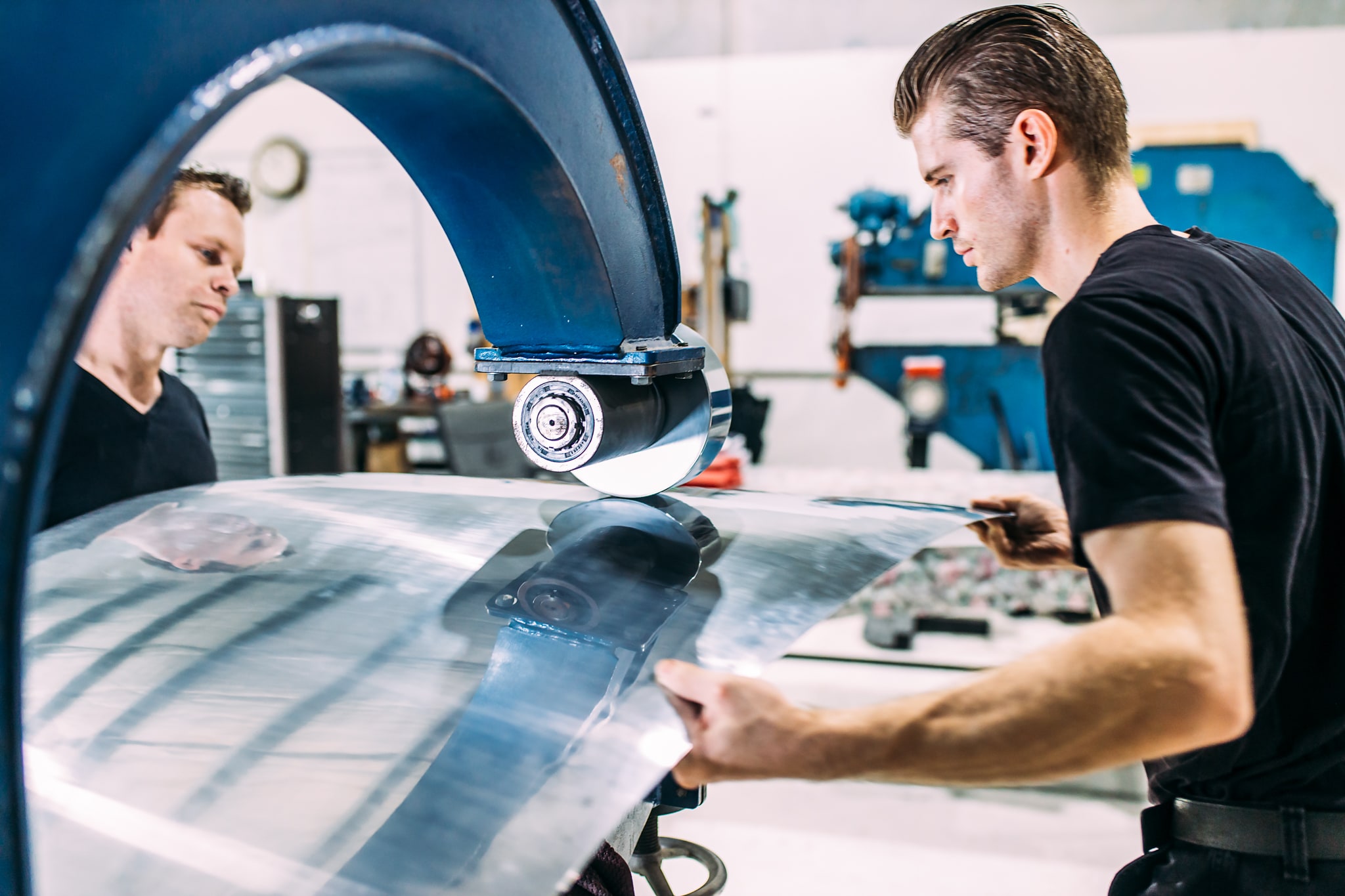 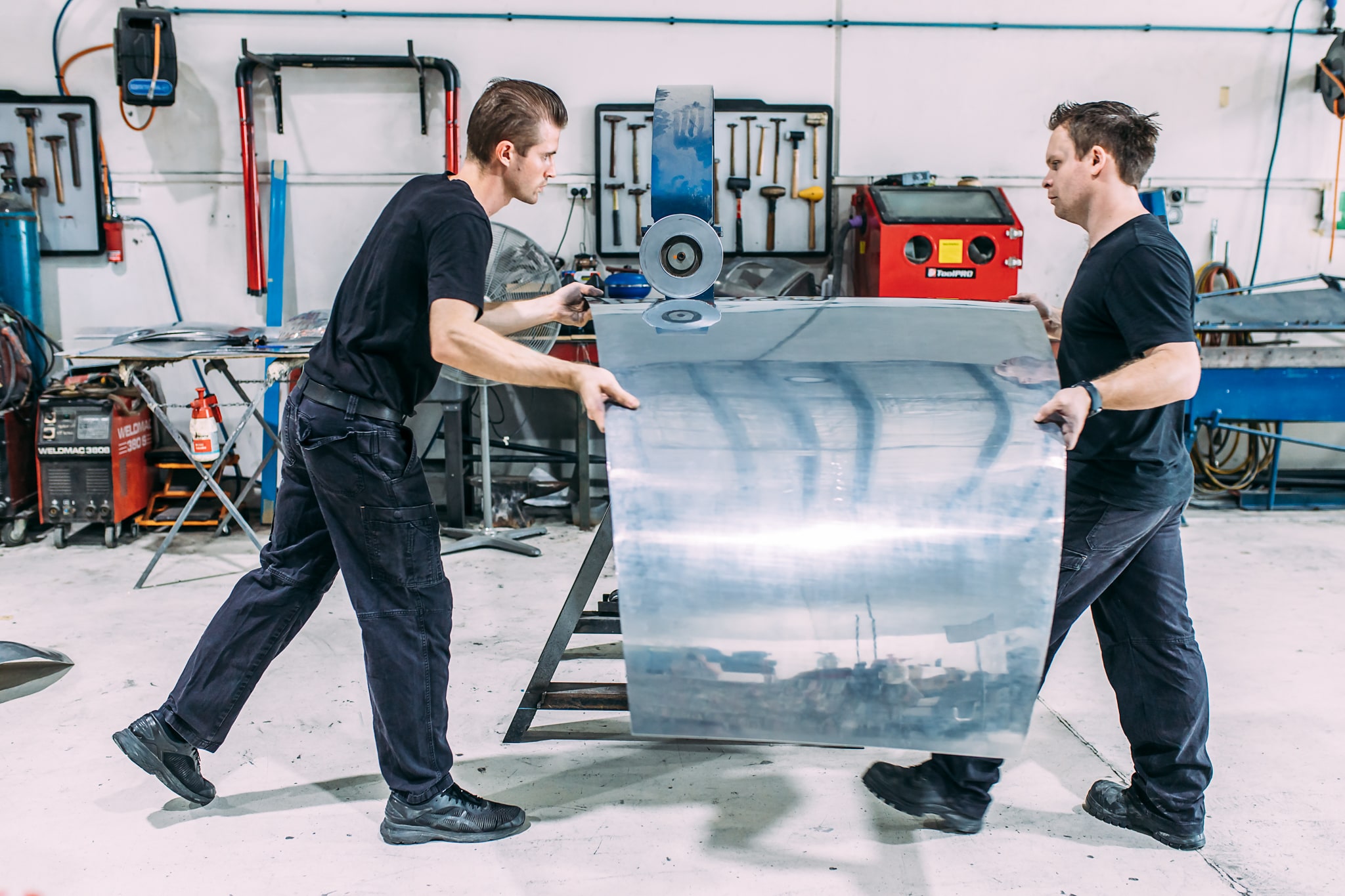 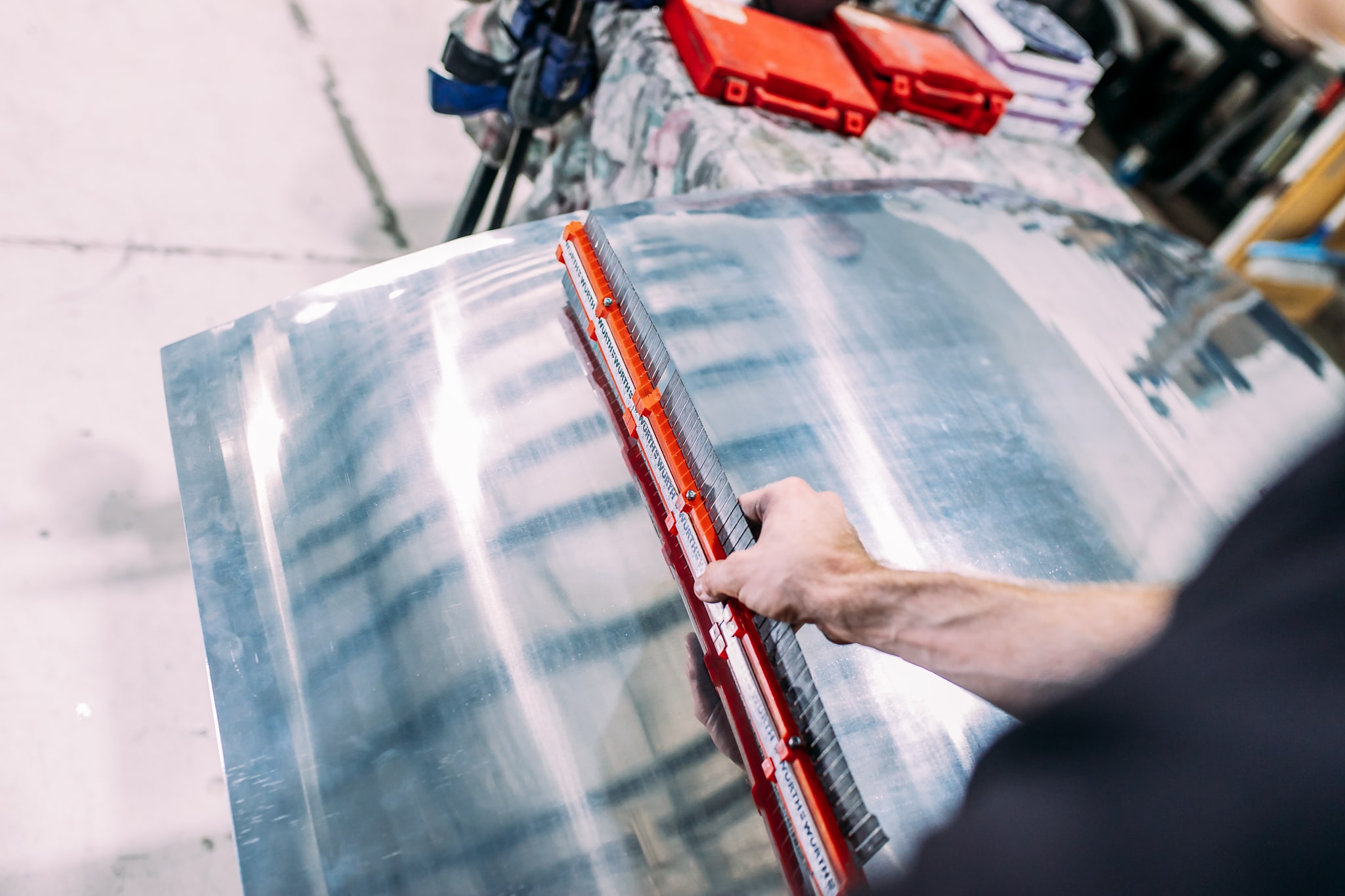 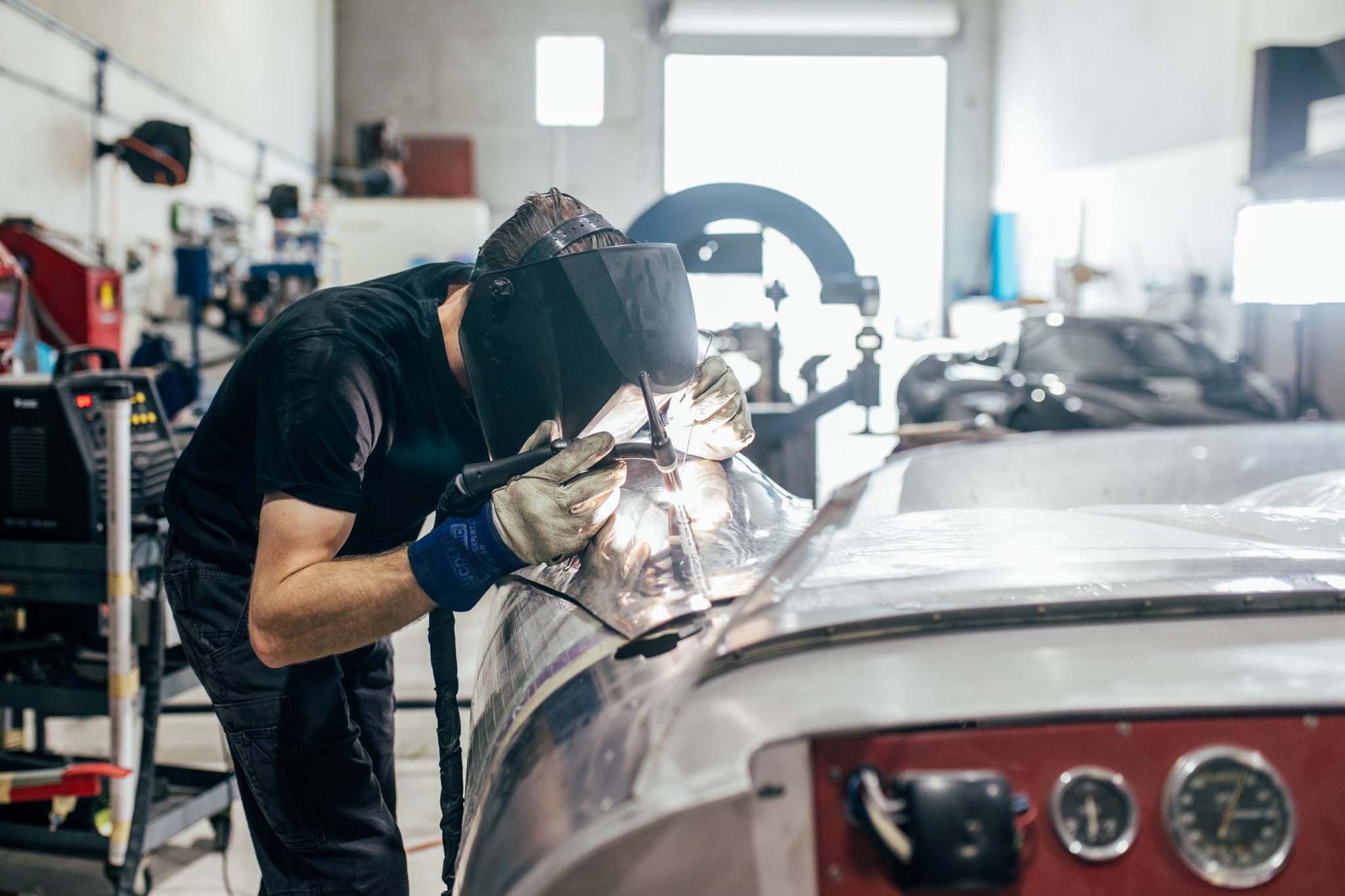 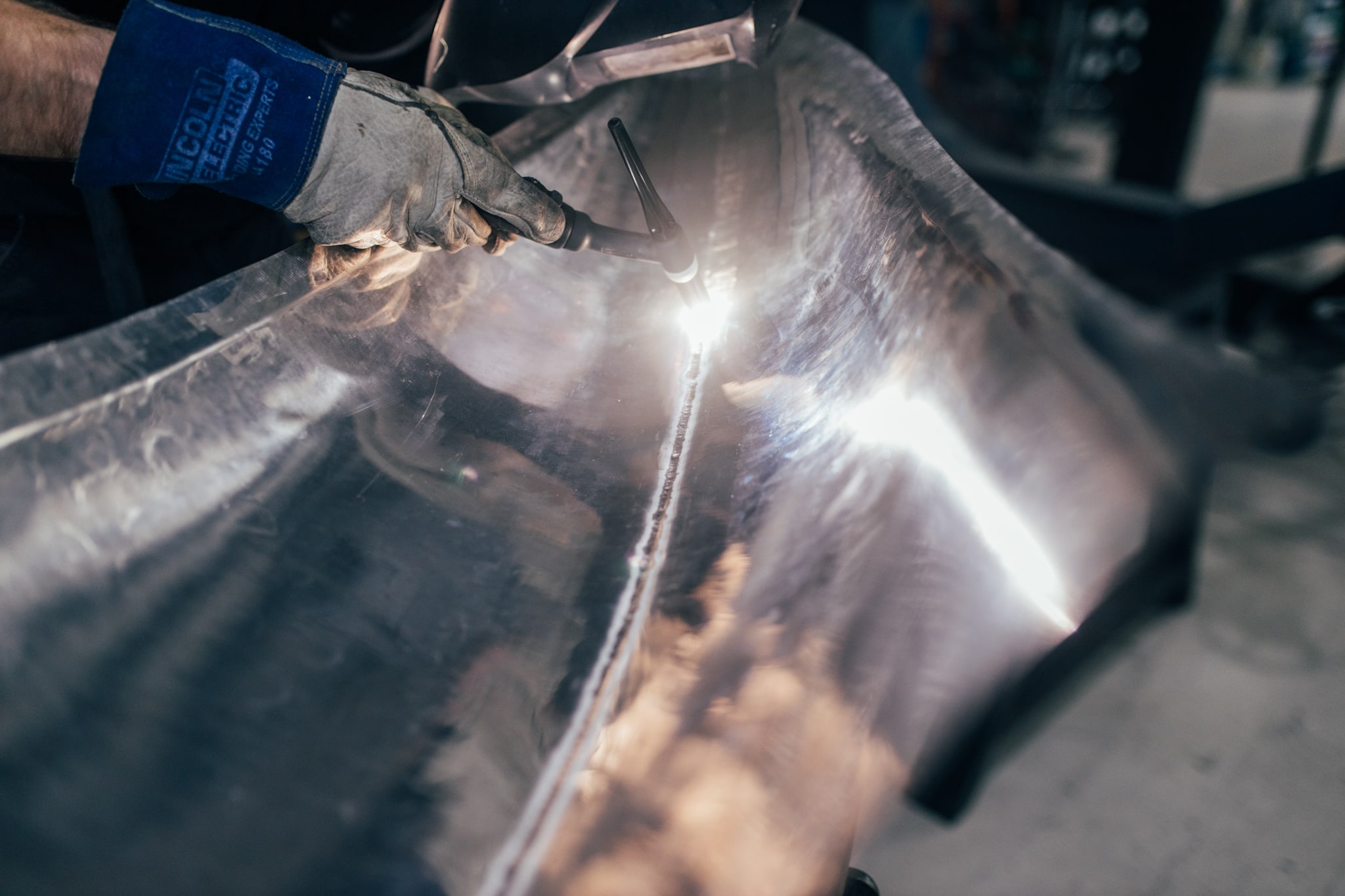 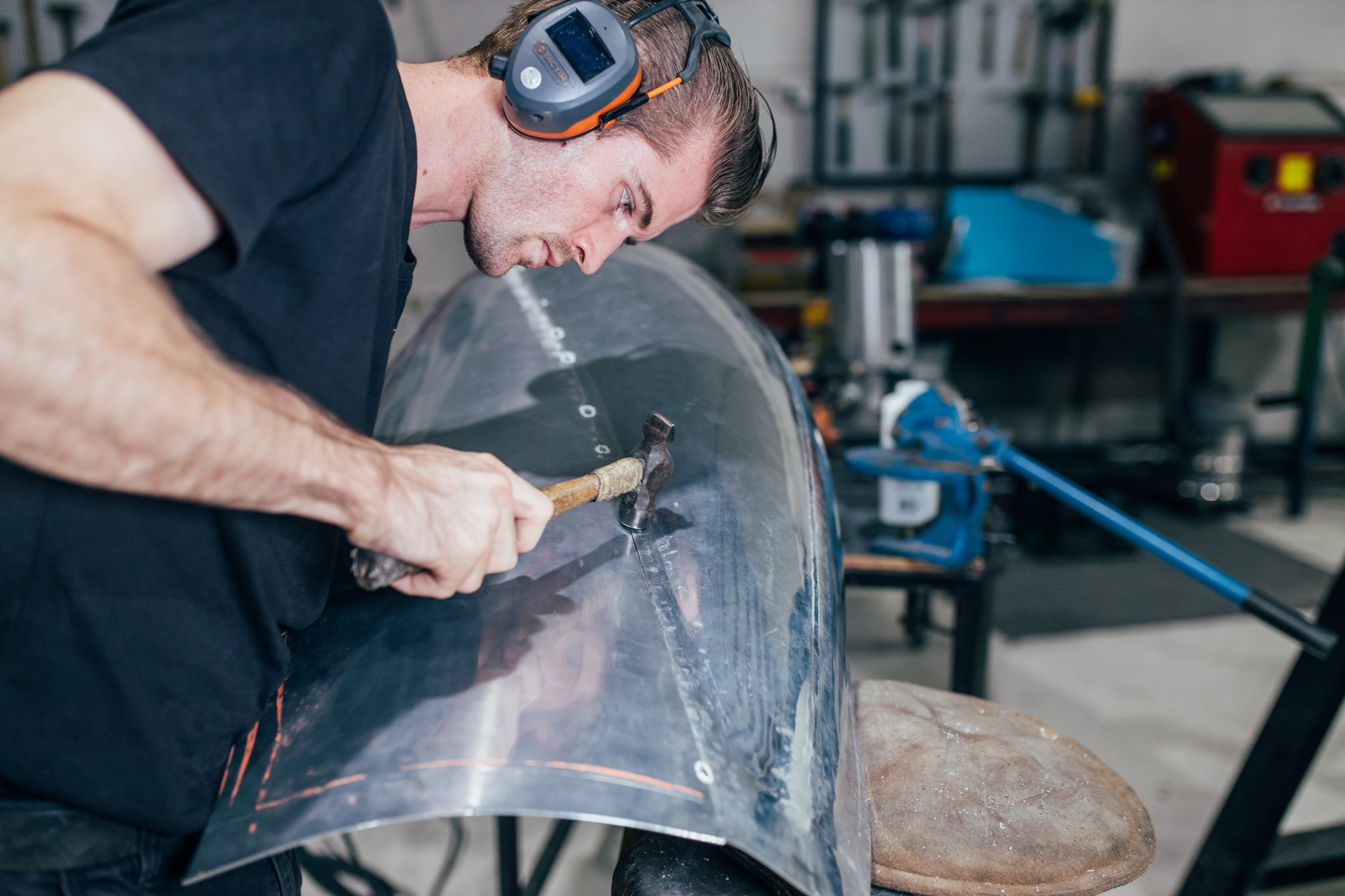 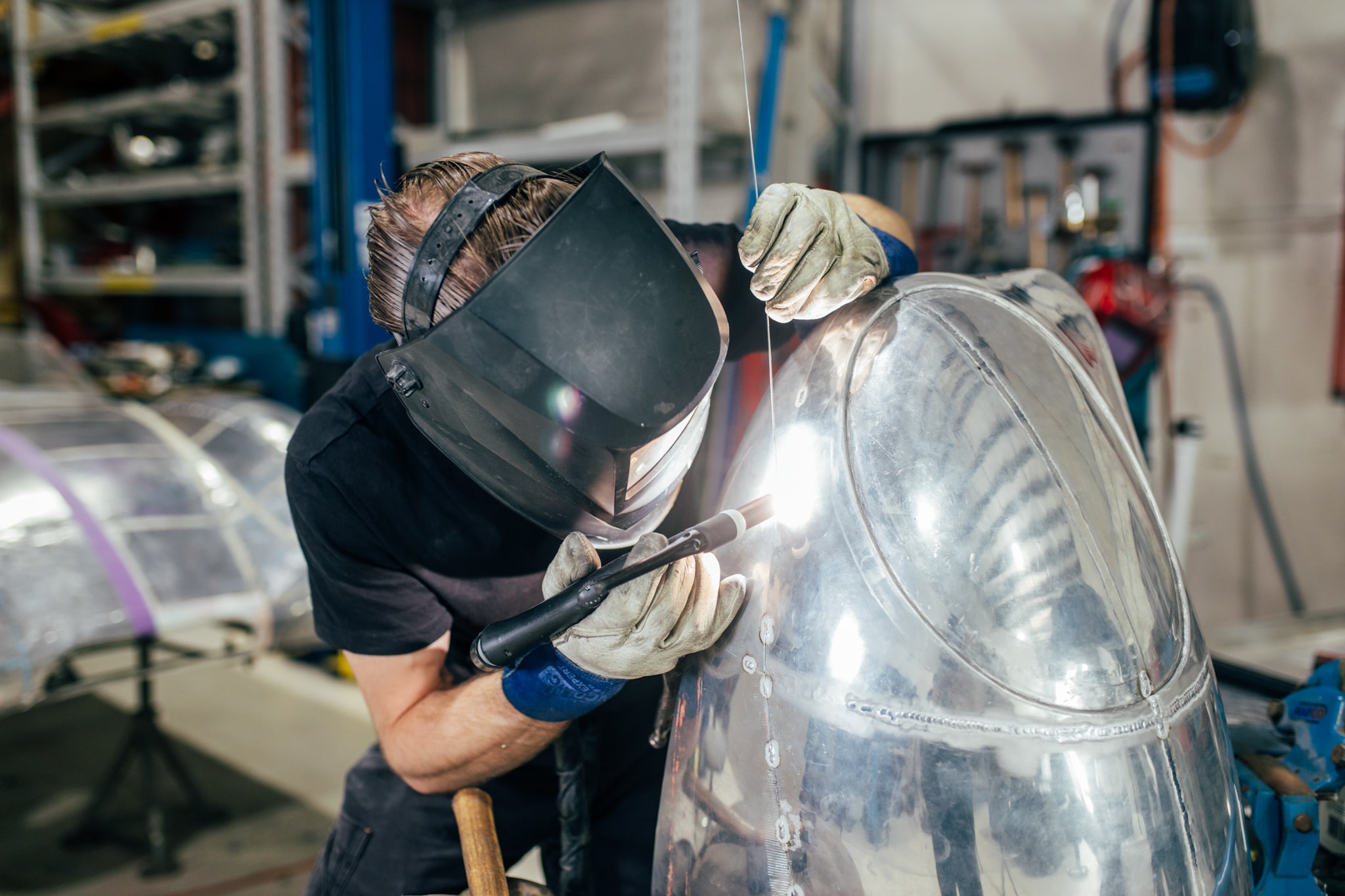 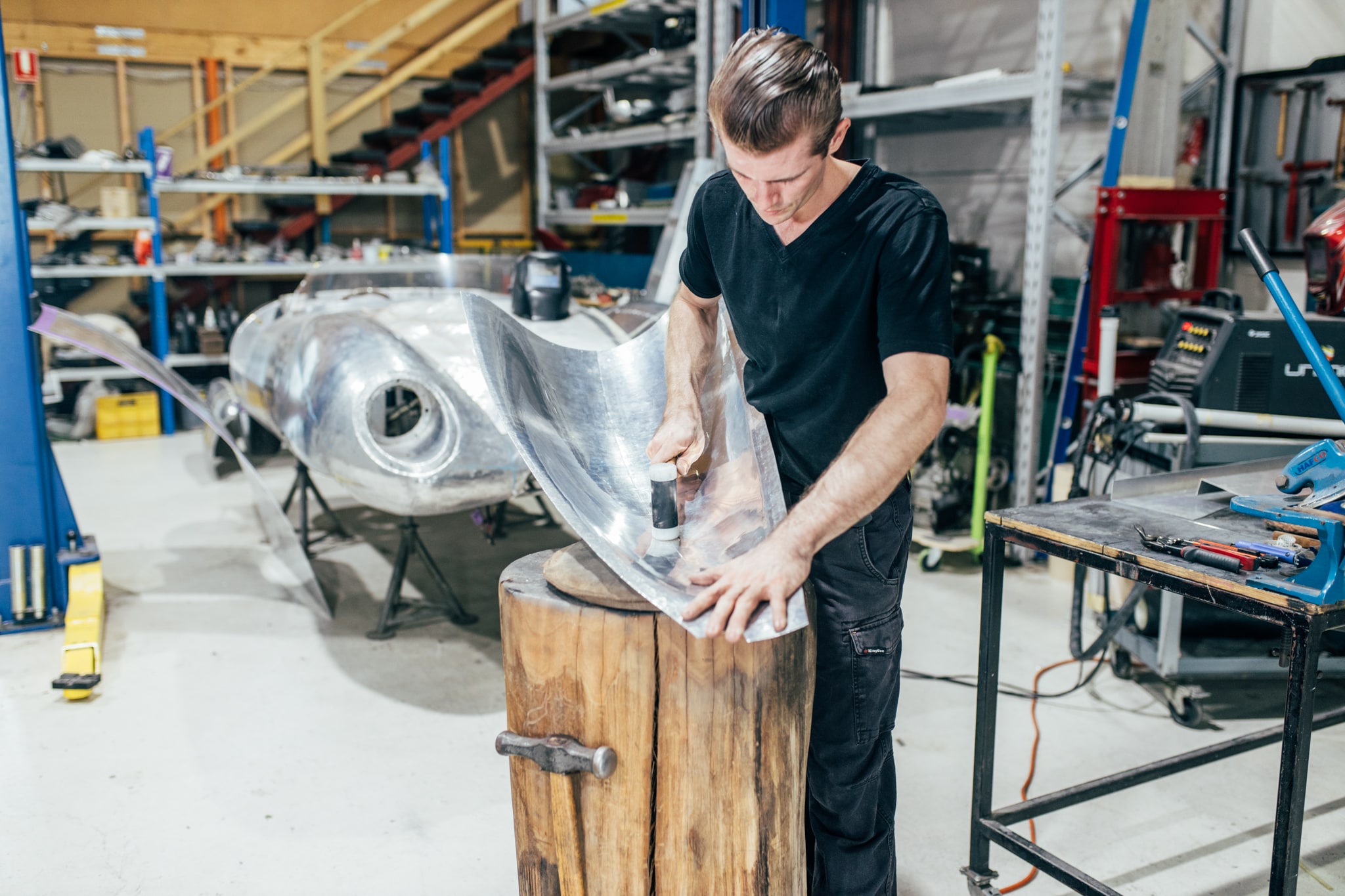 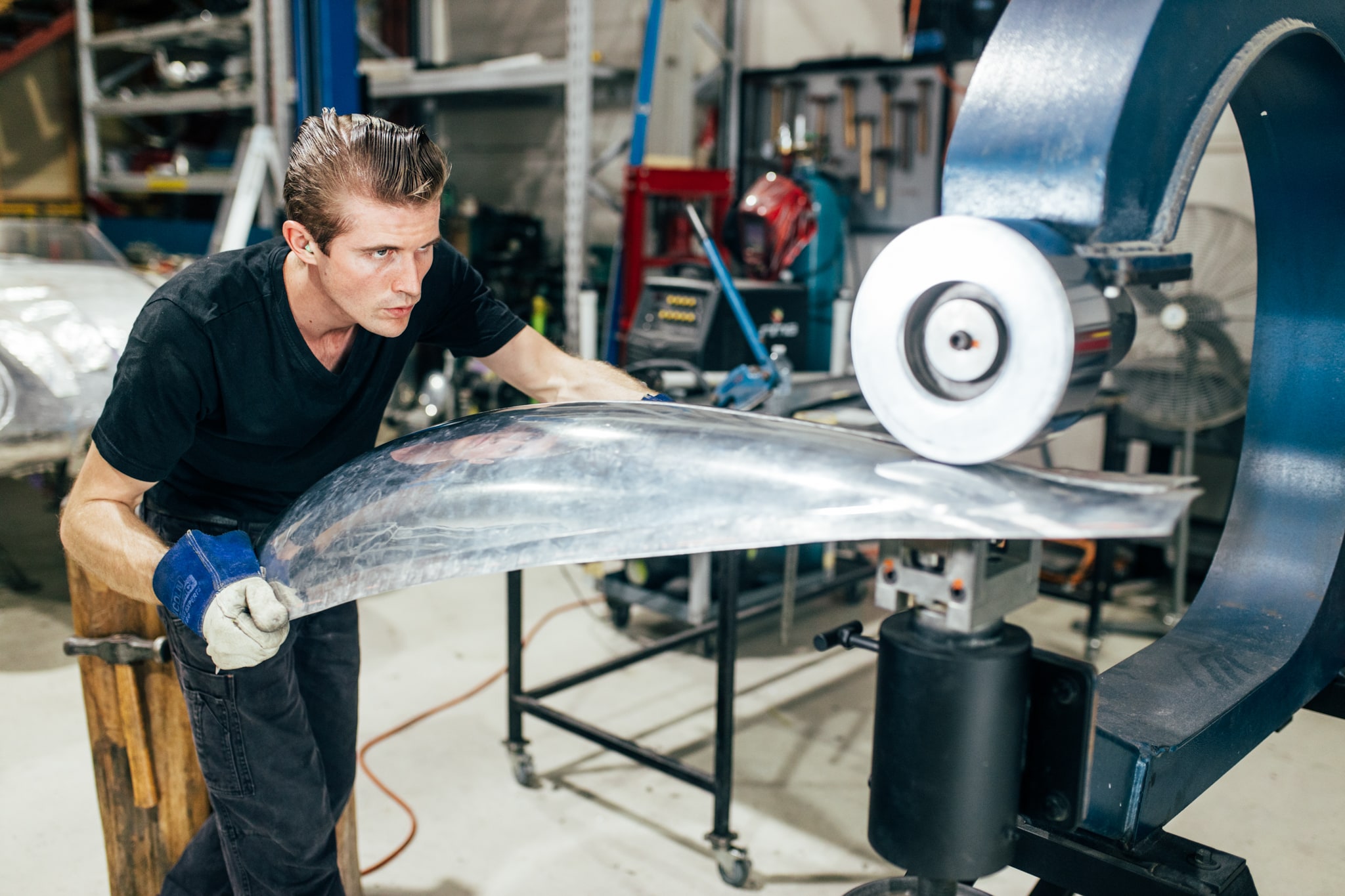 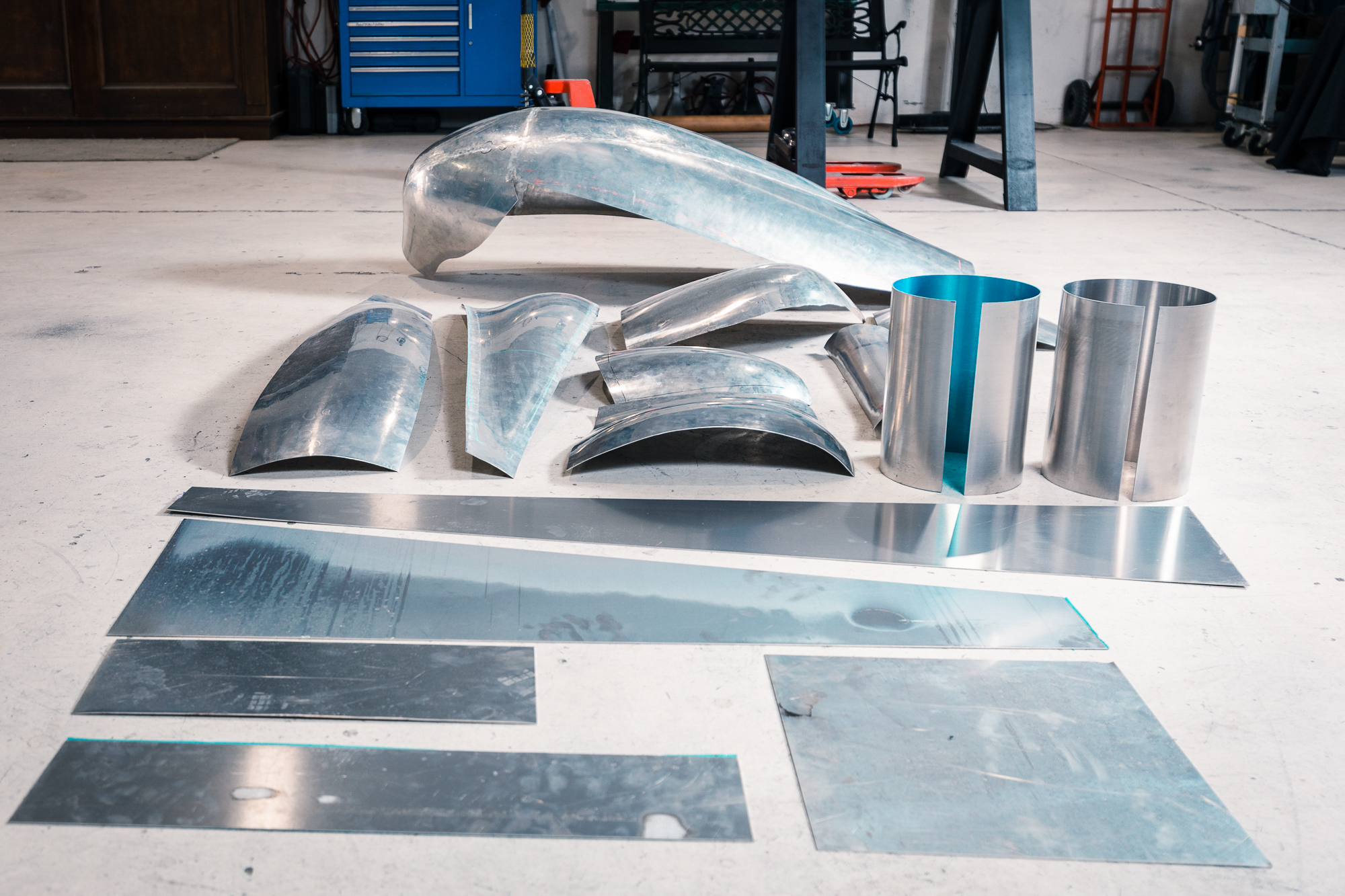 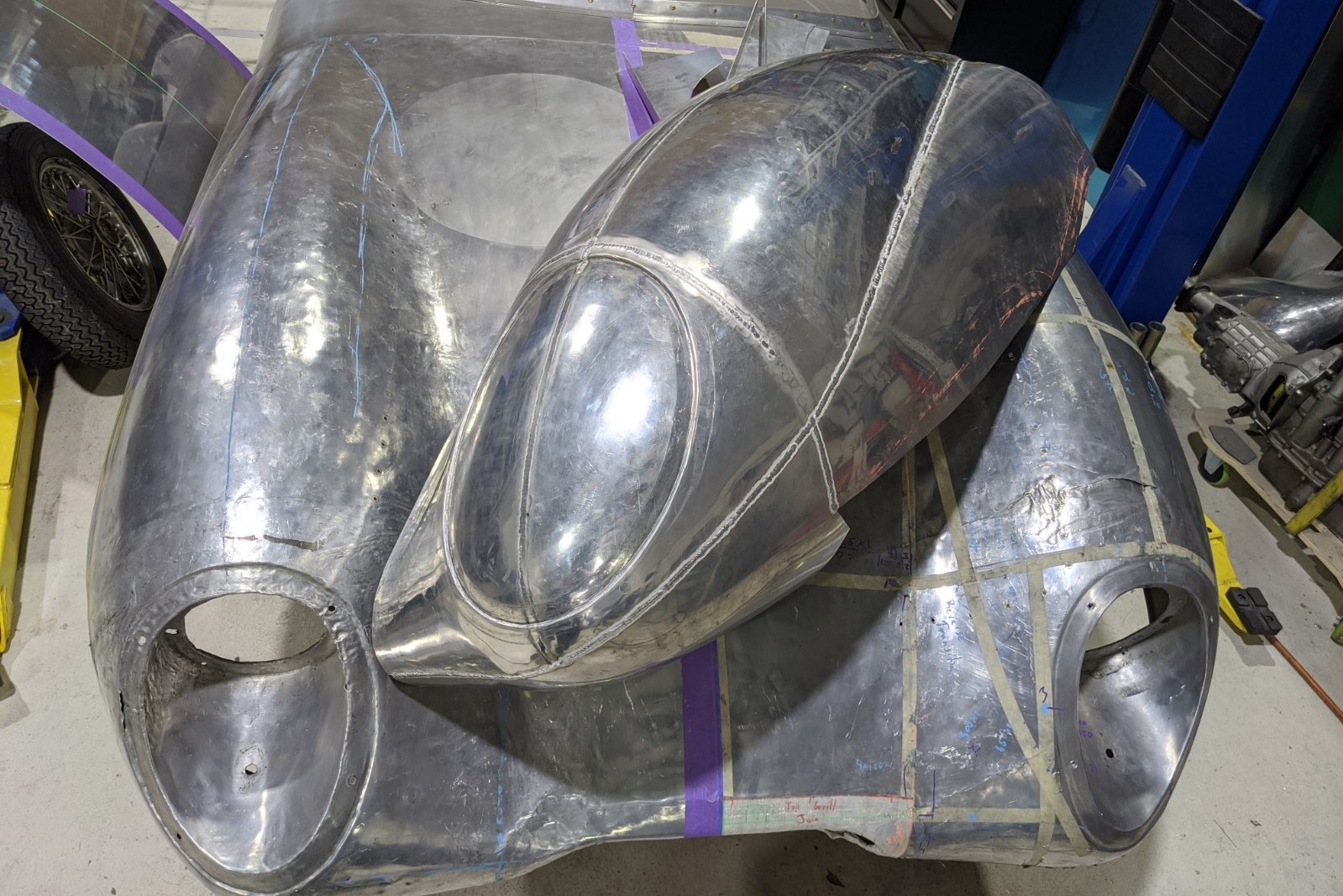 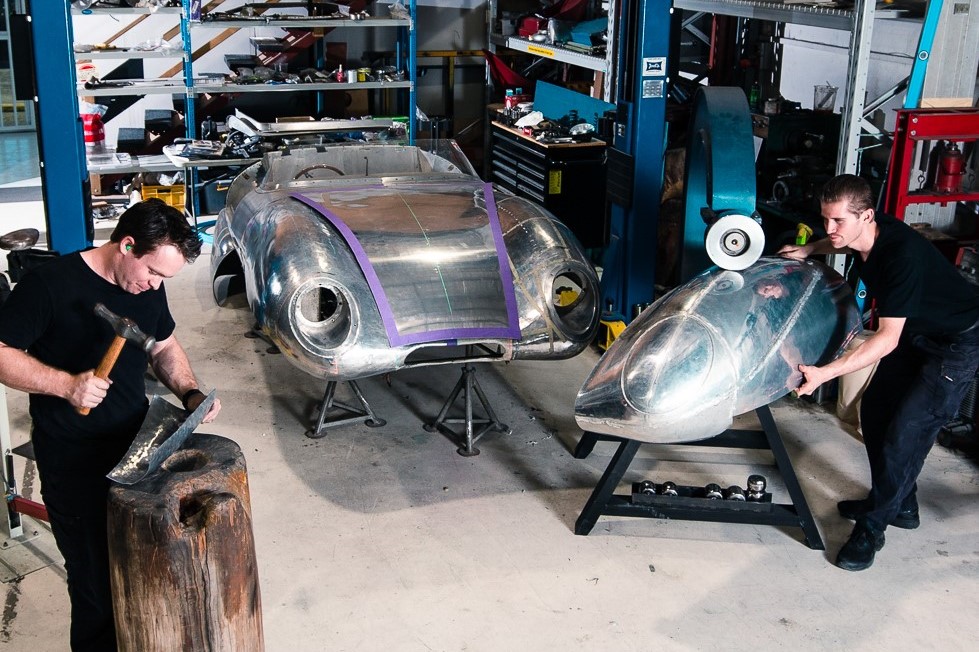 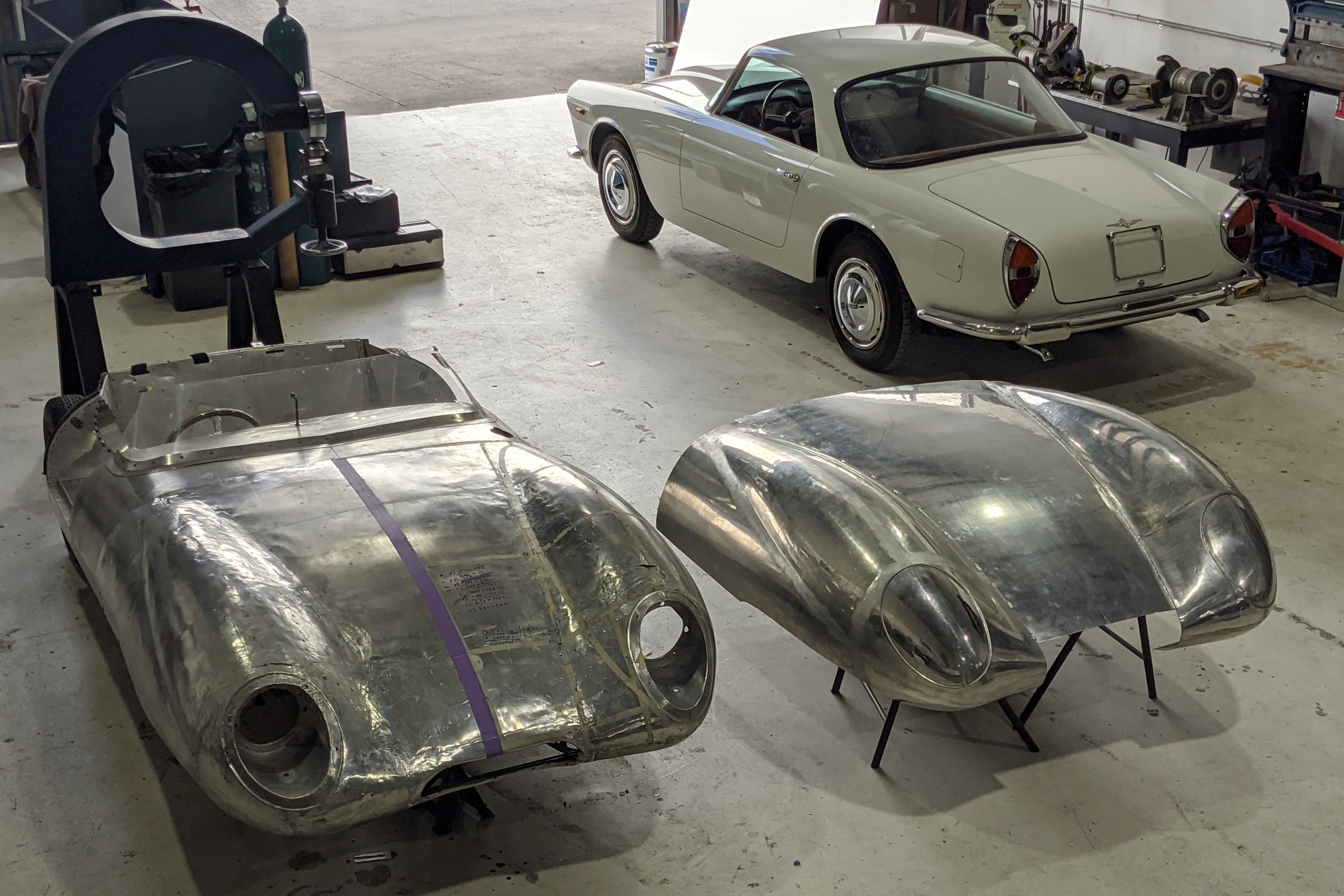 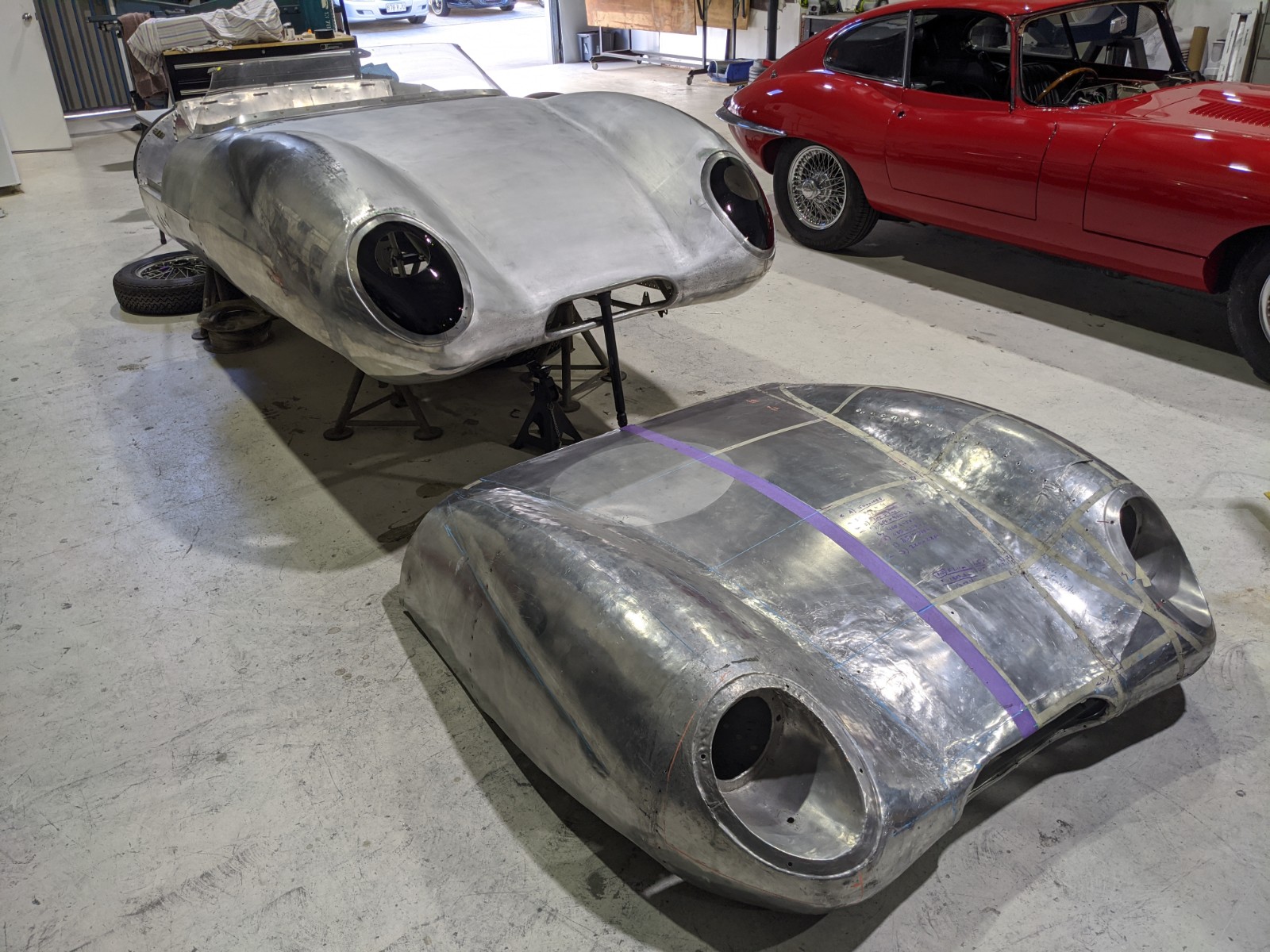 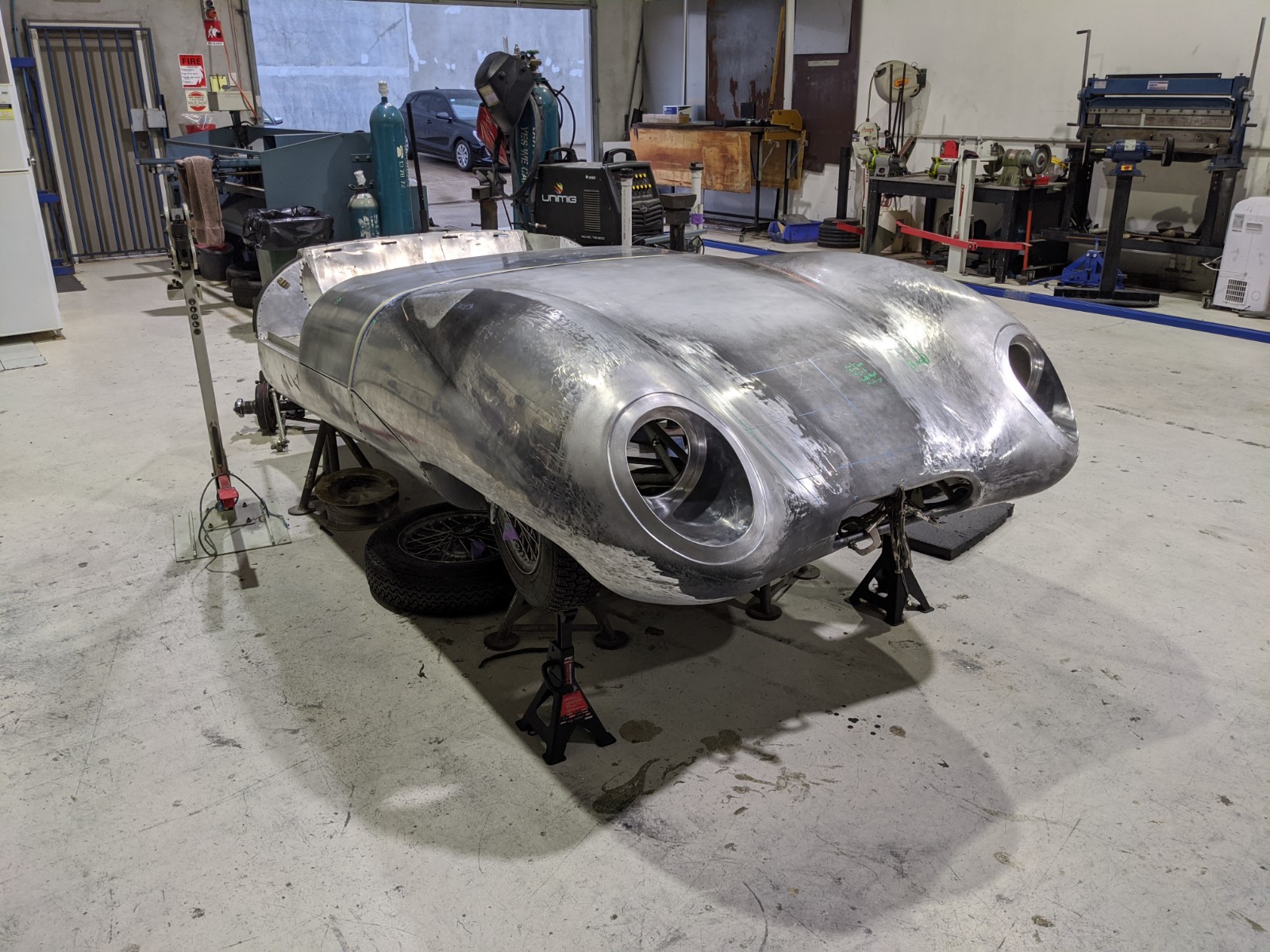 We're not done yet... if you're interested in staying up to date with this project, consider subscribing to our newsletter below. 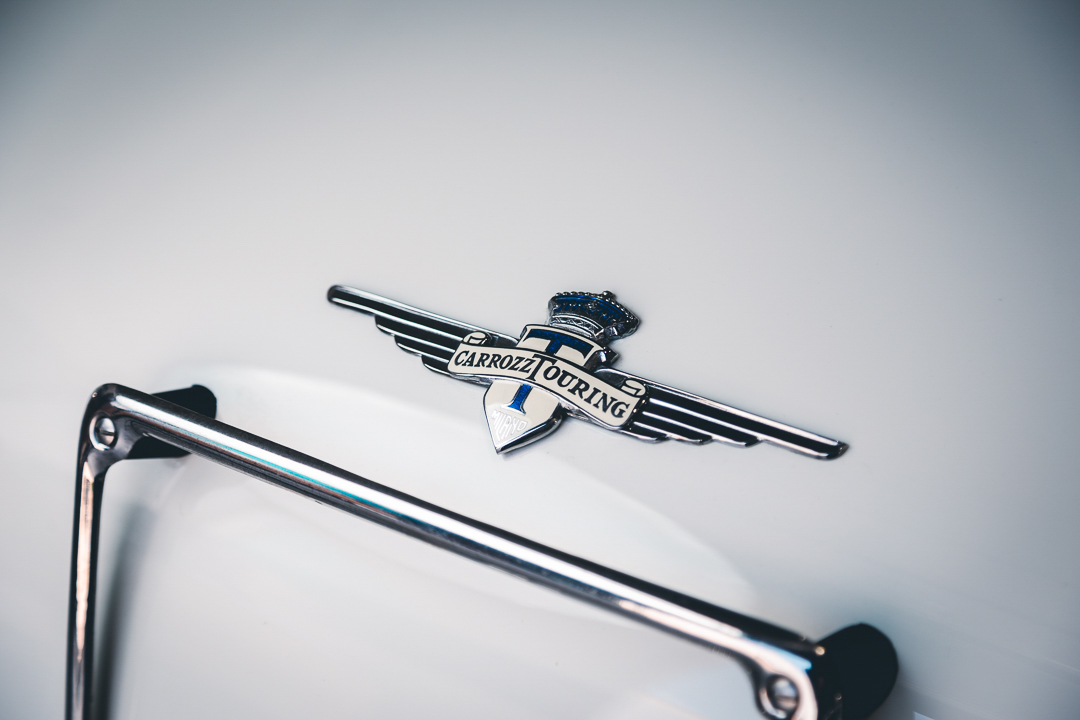 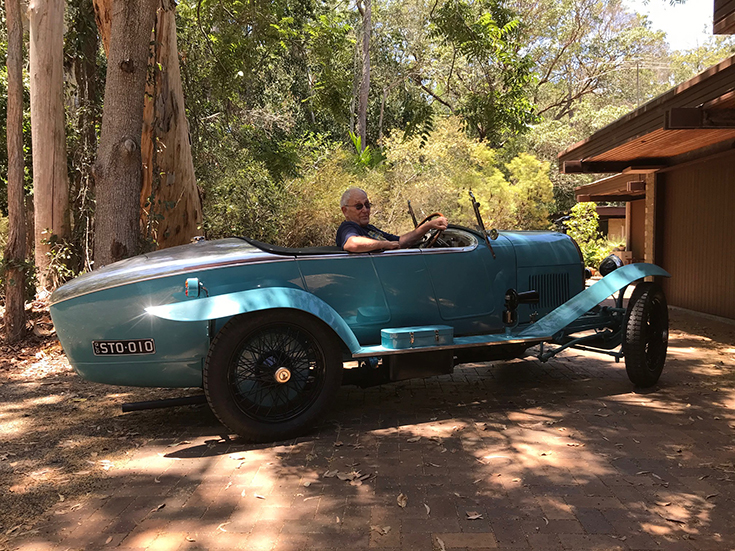 Have a question?
Send us a message using the contact form below or just give us a call.‍
‍

Thank you! Your submission has been received!
Oops! Something went wrong while submitting the form
© 2020 Automotive Craftsmen. All Rights Reserved.